The Ha’Penny bridge – A bridge of many names and stories 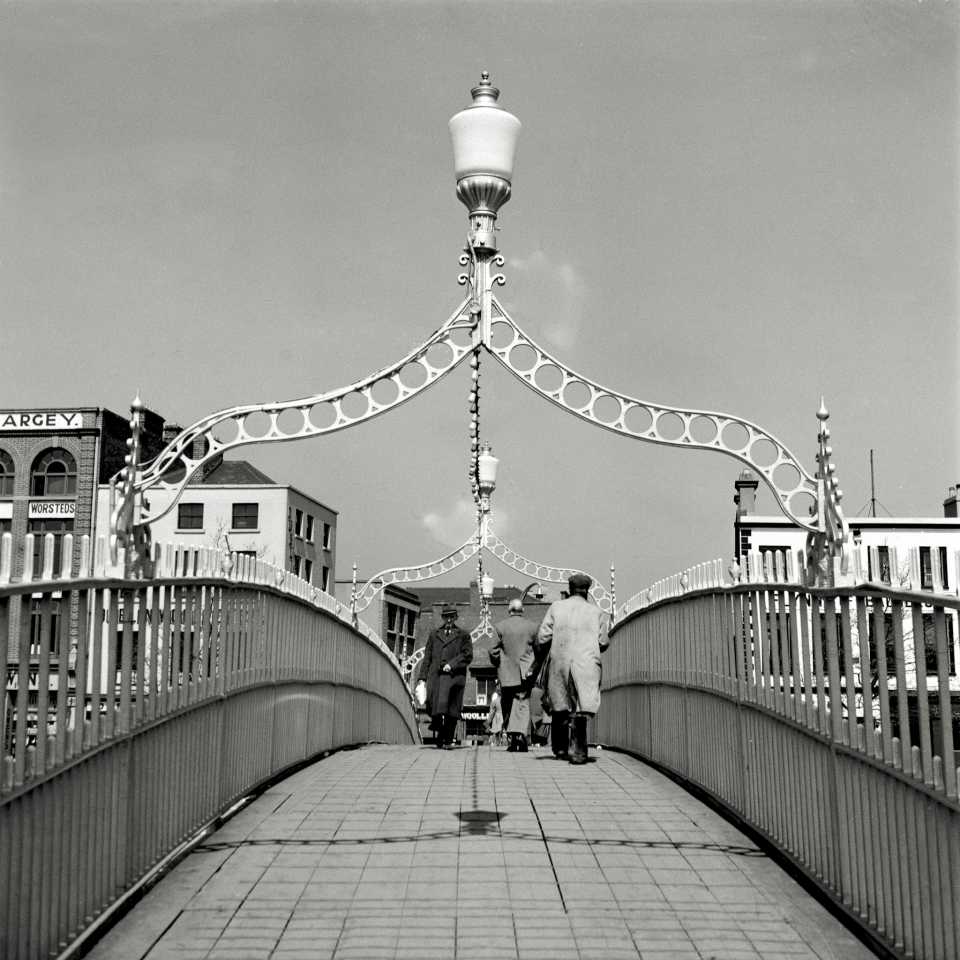 As you might know, Dublin is a city famous for its bridges. The North and the South split by River Liffey, are connected only by bridges. One of those is Ha’Penny bridge, also called the Liffey bridge and formerly the Wellington bridge. Let’s dive into its history and importance:

Built in 1816, made from cast iron, it links Merchants arch to Liffey street on the other side. It is and has always been a pedestrian bridge but why was it built? Back in the days, William Walsh, a ferryman, possessed 7 ferries to bring people across the river. Unfortunately, they were in very bad condition so William was told to either fix them or to build a bridge and charge one Ha’penny for every person crossing the bridge for one hundred years. As you might figure already, William chose to build the bridge.

It was for a long time the only pedestrian bridge and a relief for many people until then in 1999 the Millennium bridge opened.

The bridge comes in its original white colour and features three archs. Its span is 43 metres and is 3 metres high.

We’re sure William would be glad to have a penny for each pedestrian crossing today!