Dublin’s history in a time-lapse 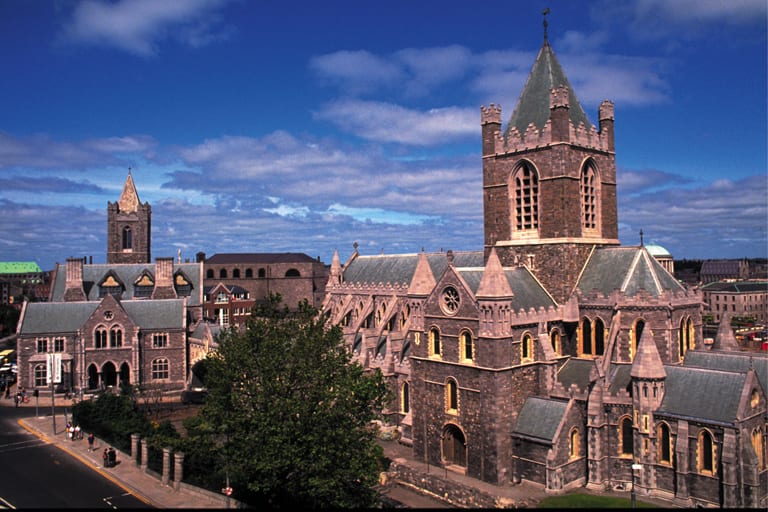 Dublin is a city with big cultural significance.

The name of Dublin comes from Gaelic Dubh Linn which means nothing more than the black pool near Dublin castle which united River Liffey and the Poddle Stream. Why Dublin is such a famous and well-chosen travel destination? Read below and find out.

Dublin is a city founded in the 8th century during the invasion of the Vikings. They settled in Dublin for many years, including Dublin Castle, and founded Christ Church Cathedral and Fishamble street in Temple bar area, being Dublin’s oldest street today. They had a big significance back in the days and remaining settlements are still being found. The Vikings searched for safety from sea storms and became the biggest traders of that time.

If you’re visiting Dublin and are interested in the story of the Vikings, you definitely should take a ride with the Viking Splash Tours, visit the museum of Dublinia, which is all about the medieval time or check out the Clontarf Viking Festival in St. Anne’s Park in April. Don’t forget to dress up as a warrior!

Dublin in the Middle Ages

Dublin fell into the hands of the Anglo-Normans in 1171 while the Irish King was actually reaching out for help from them. The Norse people left the South side and started building their settlement on the North of River Liffey and that’s when the two sides were created. One thing you should know is, if you move to Dublin nowadays, you still have to choose a side: South, where the posh people used to live or North, where the craftsmen resided.

The native Irish people had to live in the city surroundings, an area called Irishtown, as they were considered enemies to the English culture and language. The Irish attacks were defeated many times. In 1592, Elizabeth I opened Trinity College Dublin in favour of the Irish but from fear, the Irish Catholics avoided sending their children there. By the end of the seventeenth century, Dublin was the capital of the English run Kingdom of Ireland.

In the 18th century the city started a movement from medieval architecture to Georgian buildings and squares, namely today Parnell square, Merrion square, Fitzwilliam Square and many more. All of them are most certainly worth a visit.

In the 20th Century, after three centuries of agitation, the War for Independence and the subsequent Civil War eventually led to the establishment of the Republic of Ireland and freedom from the English.

If medieval Dublin sounds interesting to you, we think you should visit a pub called Norsemen in Temple Bar area, the St Patrick’s Cathedral, the four Courts and the O’Connell statue, the first mayor of the Irish and helped liberating them by giving them civil rights.

After the liberation, the rebuilding began. Since 1990 there is a boom in Ireland which involves the erection of the Spine at O’Connell street in 2003. Many Georgian buildings remain but the modern architecture has taken over as well as you can detect while walking along River Liffey and enjoy the blend between old and new.

Ireland used to be a country of emigration but has turned into a country of immigration in the 21st century. Even if the economy of Ireland has been suffering, Dublin is more vibrant than ever. It has become one of the main hotspots for business, students and tourists. Leisure is written big and the hospitality business is booming as well.

The food culture is big and events, festivals and events are held daily. You must notice that almost half the population of Ireland is living in Dublin and its suburbs.

The Garden of remembrance is a small park at the end of O’Connell street which has been built for the soldiers and warriors who lost their lives in the battles for the freedom of Ireland. The park is much taken care of and definitely worth seeing.

The Rebellion tour of the Dublin discovery trails might be of interest to you. It starts at Dublin Castle and guides you to many important buildings and areas of that time. You can walk it at your own pace since it is broken into 11 sections. Other trails include ‘The Story of Dublin’, ‘Echoes of War’, and ‘Empire’.

The Brazen Head is the place to go if you’re up for a pint. The pub is almost a thousand years old and used to be the place for the Vikings to grab their beers and enjoy long nights. The pub makes you feel like you go back in time and serves a delicious Irish stew at the same time.