5 extraordinary things to do in Dublin 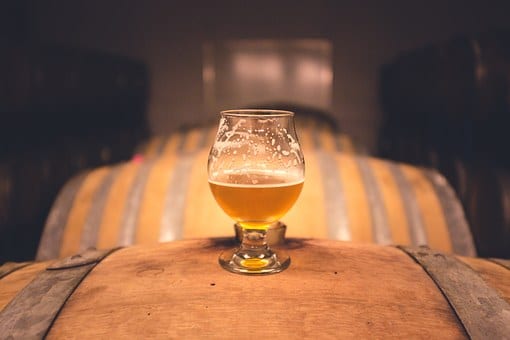 Are you also dreaming of doing something different than the usual? St Patrick’s Cathedral, Dublin Castle and so on… All wonderful sights but just too many tourists in your opinion? We totally get that and that’s why we’ve listed some extraordinary sights for you. Spooky, historical but just different!

The five lamps is a street light with five lanterns standing at the junction of Portland Row, North Strand Road, Seville Place, Amiens Street and Killarney Street. One would think what’s so special about it.. Well back in the days at that very same spot used to be a water reservoir for people to come and have a drink or fill their water buckets. At some point is was replaced by the five lamps which are surprisingly still standing after bombings in WWII in that very same area. The popularity can’t be doubted since the five lamps has become a very popular Irish brewery. Have a pint or two and let us know what you think.

Just an Irish church where you can shake hands with 800-year-old mummies. Nothing weird about that… Situated on the North side of Ha’Penny bridge, the vault underneath St Michan’s church can be visited but this is only possible due to a loophole in the church’s regulations which says that it would not be necessary to open the caskets because one day the mummies reveal themselves, so be it. In case you like horror movies, this is the perfect sight for you! Spooky…

Just a small pub 700 feet above sea level overviewing Dublin bay. Nothing special but unique in its own way. Open fireplaces, traditional musicians, cosy atmosphere AND a wonderful view wait for you after having climbed the mountains of Dublin. The area is called Barnacullia which means “on top of the woods”, literally. The name comes from an old blue ship lantern, that was used in the 19th century, to send back a blue signal back to let sea smugglers know that the coast was clear.

Watch the fastest sport in the world in Dublin’s most prestigious arena, Croke Park and enjoy the players smashing the leather ball with their hurley. The game is already being played for 3,000 years and comes with a huge history. Administered by the GAA (Gaelic Athletic Association), the games promise an amazing ambiance and are a must see when you’re in Ireland.

Do you like spooky sights as much as we do? It just promises so much more fun and excitement.. This Victorian burial place reminds the Irish nowadays of the men and women who helped shaping Ireland’s past and future. It’s a non-profit organisation and all proceeds are invested in maintaining the place and open it to visitor. Follow a guided tour and learn about the woman who died once and was buried twice. Watch celtic crosses and let the guide tell you grisly tales.